The Punta Gorda Public Charlotte Library was established in 1908 and is the oldest of the three libraries that created the Charlotte County Library System in 1963.

1. This early 20th century library was housed in an Episcopal Church rectory which was located on the northeast corner of Cross and West Virginia Streets. The library was supervised by the vicar’s wife, Theodosia Trout until 1909.

Some have dated the library’s beginning to 1905, but local historian Vernon Peeples cannot substantiate any documentation to support that claim. Newspaper articles from the Florida Union Times and the Punta Gorda Herald support the 1908 opening date.

2. The library was eventually moved into a room at the Masonic Lodge 115 because “the library was so popular it interfered with church activities.” In 1914, Mrs. Stella Gould was the librarian as well as the telegraph operator. The Masonic Lodge on Sullivan Street was a natural home for the library as it was in the center of town and already a regular meeting place for Masons, the Fortnightly Club, the Women’s Civic Improvement Association, and other established groups and clubs in Punta Gorda. The library remained at that location until 1928 when a hurricane “blew off part of the roof. Rain damaged many of the books. Volumes that could be salvaged were carried over to the new Woman’s Club building where members adopted the library as a main project.”

3. The library remained at the Women’s Club building until 1958 when land was donated for a new library. Local craftsmen and contractors donated their labor for a new library at 260 Retta Esplanade in what is now the parking lot of the Event Center.

On July 22, 1974, the Paschal B. Nobles-Punta Gorda Public Library, a branch of the Charlotte County Library System, was opened to the public. This library was remodeled four times before it outgrew the space.

5. The library can now be found on Shreve Street, open since August of 2019. 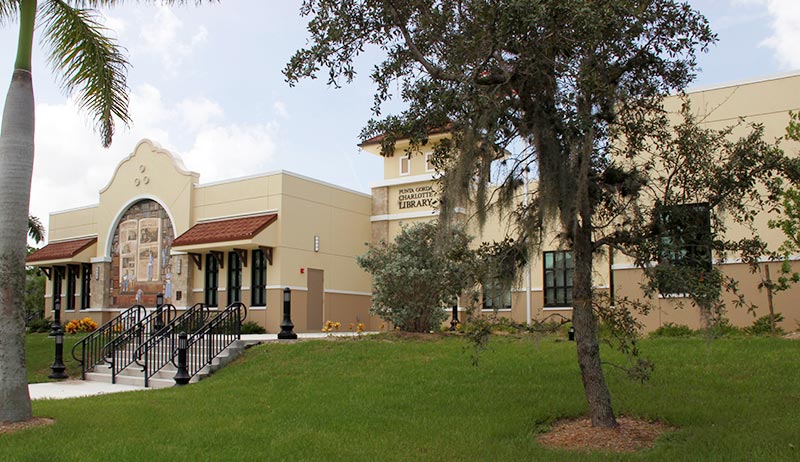